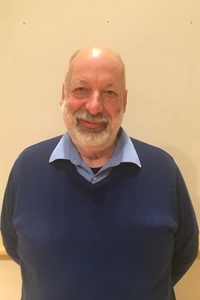 After a 40 year career in construction management I decided to retire!

One of the reasons I did so was because I felt called to become a Reader. After three years training I was licensed in St Albans Abbey in July 2014.

I am delighted to be part of the Ministry Team in the Bourne End and Sunnyside. I am also a frequent visitor to Ireland where I am part of the four rural parishes of the Church of Ireland in West Clare.

I am married to Frances and we have two grown up daughters.  In 1981 we moved to Bourne End – and we have been here ever since!