Posted on May 1, 2021 Posted By: Rebecca Fardell No comments yet 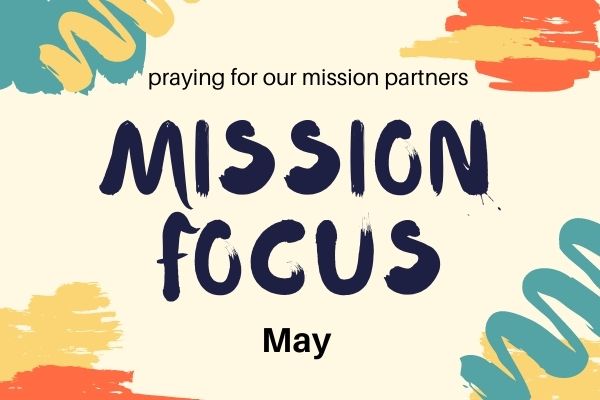 To help us all feel more connected to our mission partners and to deepen interest and support beyond our Gift Day donations, we are starting praying for one of our international charities and one of our UK based ones each month. At the beginning of the month, there will be a few prayer points for each of them in the newsletter and the two charities will be prayed for at our Sunday and Wednesday services and in our regular prayer meetings We hope too that you will include these charities in your personal prayers throughout the month too.

During May we are praying for

As we heard in last week’s mission slot, the hospice provides 24 hour support for adults and children diagnosed with cancer and other life limiting illnesses and their families in West Herts and Bucks. Each year 1000’s of patients are given the choice to stay at home surrounded by families and friends. Care is provided at no cost to patients and families. Louise, who featured in Sunday’s video clip, asks for prayer for:

Its most recent magazine reports that the Hospice has recently received funding for a project which will focus on how it engages with black, Asian & minority ethnic groups (BAME) and how it works with patients, volunteers or colleagues from those communities, so as to improve inclusivity and dialogue with them as well as raising awareness of the how Rennie Grove can be of service to them. So let’s also pray for:

Louise seemed very touched that Sunnyside is choosing to focus our prayers on Rennie Grove this coming month, which is a great witness of the church being active in the community with a charity which is not specifically Christian, but is very much doing work which God would have us support and pray for.

James’s family came to Berkhamsted in the mid-1980s and in the 90’s, James was a regular member of both Sunnyside’s Pathfinder group and then the Young People’s Fellowship under Jonny Bicknell. After University in Leeds, he joined Church Mission Society in both Leeds and then Dublin. His love of ‘least reached people groups’ led him to London, where he joined World Outreach, then met and later married Joanna. The couple both felt a call to working overseas and on a visit to Malaysia, God led them to live and work amongst the Rohingya people, many of whom had been forced out of their homeland in Myanmar by the ethnic cleansing there. They spent nearly 5 yearsin Malaysia with their growing family (William, now 8 and Bethan, aged 5), both befriending and helping the Rohingya community in their local town in all manner of ways, but came home last summer tohave a sabbatical and to reflect upon their time abroad, in conjunction with Frontiers UK, which had become their sponsoring mission agency. However, James’s Mum suffered a serious fall, whilst staying with them in Northern Ireland and was then identified as having an advanced form of cancer.  Both James and Joanna have a heartfelt longing to return to Malaysia, but this family event has led them to the firm conclusion that they should remain in the UK, enabling them to settle somewhere here for at least the next three years, with a review after two years.

James and Joanna have asked for prayer: